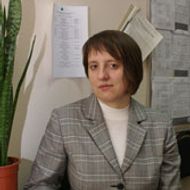 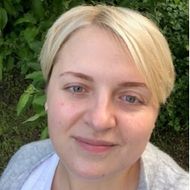 The initiative has been running for two years now, but this is the first time it has been held in Europe. The event was opened by the DSC Summit, where leaders from all participating universities got to spend a few days with a Google team and discuss their clubs’ strategies for the coming year.

This time, the Summit was held near the Google headquarters in Paris. The venue welcomed 46 leaders from 21 countries.

Roman Sedov, a third-year student of the Software Engineering Programme, took part in this landmark event on behalf of the Nizhny Novgorod campus of HSE University. Prior to the event, Roman passed a number of interviews held by Google to be shortlisted as a local Programme Leader.

Roman spoke with HSE News Service about his experience at the summit: ‘It took one or two hours for most of the students to reach Paris. People were surprised to find out that it had taken me as long as seven hours to get there.

‘We spent most of the Summit’s first day networking, meeting new people, and introducing ourselves to each other. At the end of the day, we visited part of the Google office to see the Art & Culture Laboratory, which digitizes arts and artefacts using a gigapixel camera and neural networks.

‘There were a number of workshops on the second day. Some of them taught us how to build a community in the places where we live; others were devoted to Google technologies.  We learned a lot about Google Cloud Vision, AutoML, and Flutter. We talked with their developers. We also listened to a talk by a Blockchain developer, learned about the Progressive Web Apps, and tried out a shorter version of Design Sprint, during which we managed to solve a problem—from coming up with the idea to designing a prototype—within just a couple of hours.

‘One of the Google Developers’ rules says that after hard work, you should celebrate your achievements. We went on a tour of Paris and were invited to a restaurant. This was another excellent opportunity for us to socialize with each other and the Google team.

‘On the last day, we met some of the founders of successful startups who shared their experience with us. We posed for a group photo and chatted a little before we set off on our journeys home to inspire our university mates and bridge the gap between theory and practice.'