During the visit they worked on a joint article devoted to study of the mechanisms of the appearance of mixed dynamics in a reversible non-conservative map, obtained as a result of the perturbation of the standard Chirikov map and the theory of specific ones, the so-called insulating resonances of reversible two-dimensional mappings. As a result of joint work, an example of a model reversible mapping was obtained, demonstrating various manifestations of mixed dynamics - the third type of chaos for which a chaotic attractor intersects with a chaotic repeller, but does not coincide with it.

Also during the visit, Alexey deivered a presentation on the topic: “On Pseudohyperbolic Attractors, Quasiattractors and Their Examples” at an inter-university seminar on the theory of dynamical systems.

About
Laboratory of Topological Methods in Dynamics
About persons 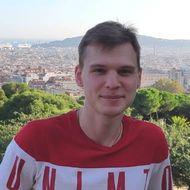