Laboratory of Topological Methods in Dynamics

Book chapter
Geometric structures on orbifolds and their automorphisms

The Laboratory of Topological Methods in Dynamics (TMD) was established in 2017 with personnel of the Department of Fundamental Mathematics of HSE of Nyzhny Novgorod as a basis. The Department was created in 2014, just after the launch of the new educational programme “Mathematics”. The core of the Department was made up of a group of research professors (namely D.Sc. Vyacheslav Grines, D.Sc. Evgeny Zhuzhoma, D.Sc. Nina Zhukova, D.Sc. Olga Pochinka, C.Sc. Elena Gurevich, C.Sc Alexey Kazakov, C.Sc. Vladislav Medvedev), who are actively working on the qualitative theory of dynamical systems and foliations as part of the school on nonlinear oscillations, founded by Andronov A. From the moment of its foundation to the present, the head of the laboratory is Olga Vitalievna Pochinka.
In July 2019, the Laboratory of Topological Methods in Dynamics acquired international status.
Since December 2019, the Topological Methods in Dynamics is operating under the Megagrants 220 project of the Government of the Russian Federation.
The Laboratory's supervisor is Dmitry Turaev, the largest specialist in the mathematical theory of dynamical systems. The Nizhny Novgorod school, to which Dmitry Turaev belongs, always has been and remains the leader in the theory of dynamical systems due to the unique combination of rigorous methods of topological and geometric analysis with applied research
nonlinear physical phenomena. The main tasks of the Laboratory are: to strengthen international relations and the prestige of the school, diversify and update the direction of research, organize effective cooperation between members of various disciplines, support young scientists.

About participation in conferences 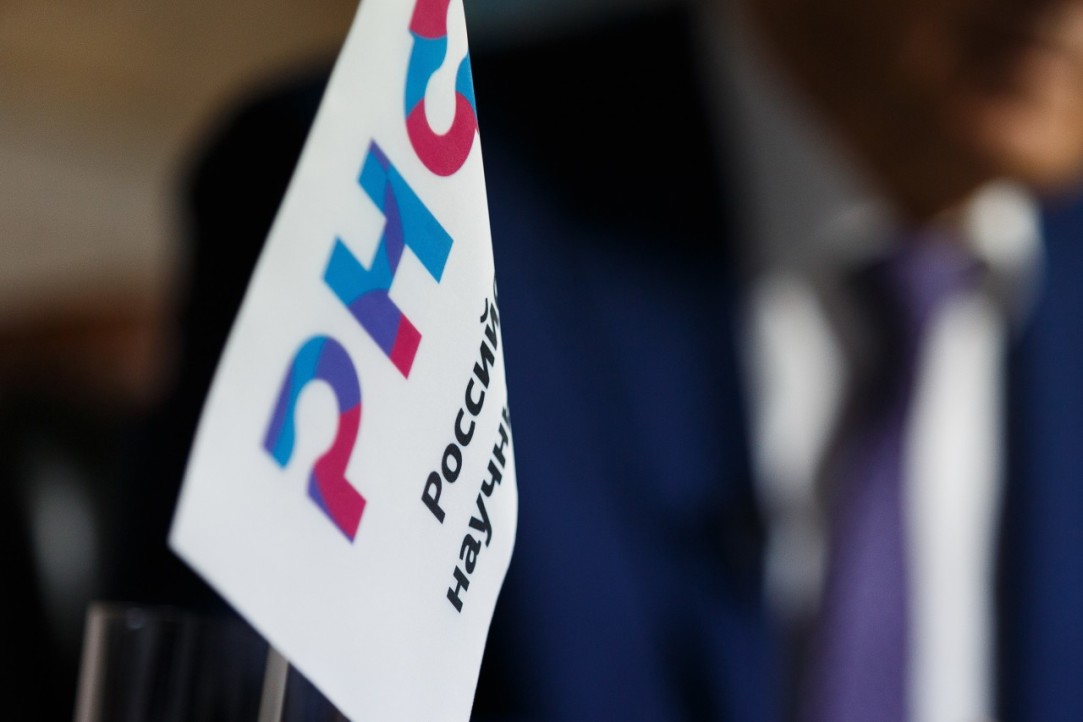 Competition of the RSF

The Department of Fundamental Mathematics of the Higher School of Economics and the International Laboratory of Dynamical Systems and Applications invite students who are interested in studying of various branches of mathematical science to participate in the student workshop “Mathematical Spring - 2020. Invitation to Dynamical Systems”. 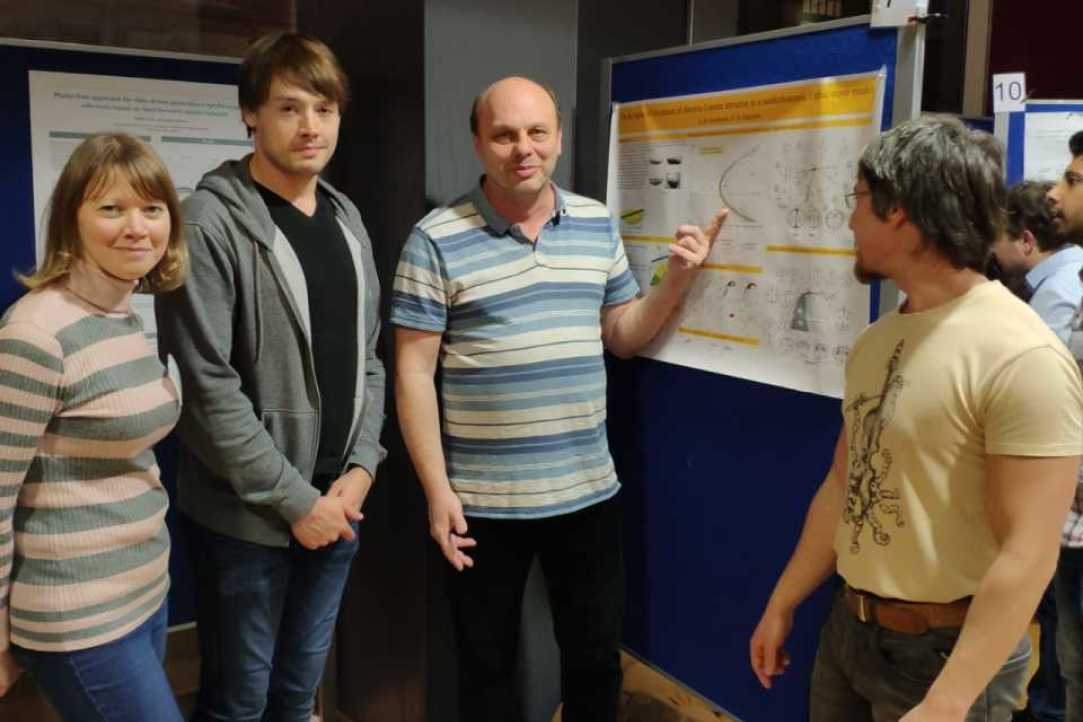 The conference "Quantization of Dissipative Chaos: Ideas and Means"

Since 16 to 20 of December 2019 senior researcher A.O. Kazakov, N.V. Stankevich and D. Turaev, scientific director of the Laboratory of Topological Methods in Dynamics participated in the international conference "Quantization of Dissipative Chaos: Ideas and Means", organized by the physical center of the city of Bad Honnef with the support of the Wilhelm and Else Heraeus Foundation. 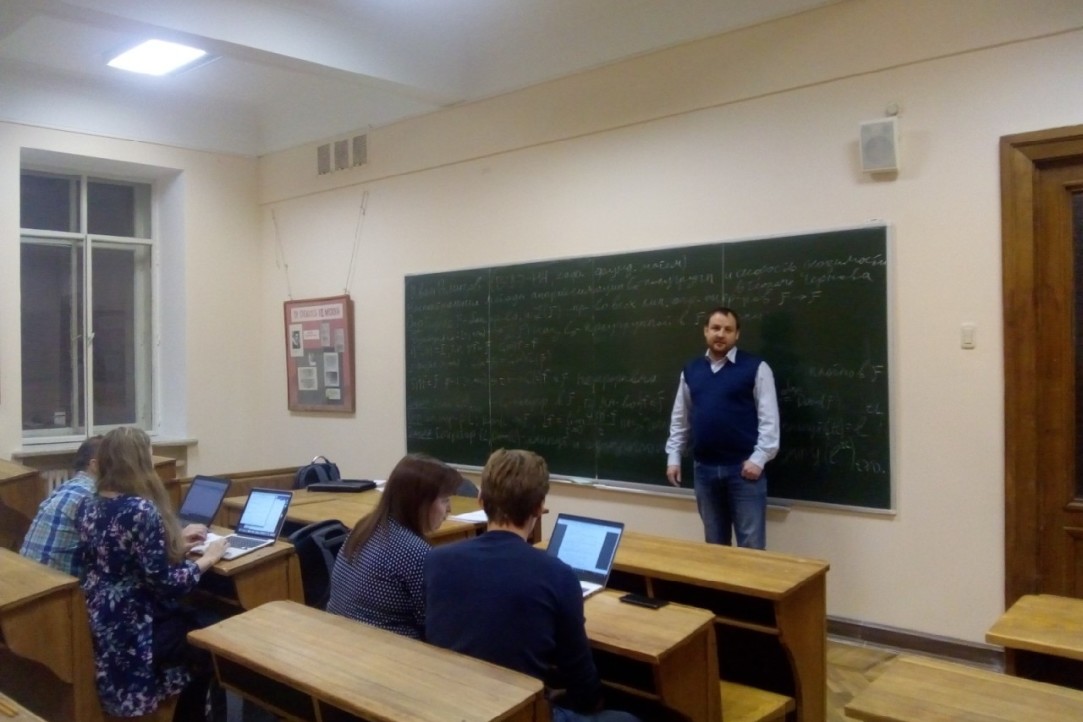 Report of I.D. Remizov at the seminar on the theory of operators under the guidance of A.A. Shkalikov at Moscow State University.

On November 29, 2019, Ivan Remizov gave a talk titled "Non-spectral approximation methods for C0 semigroups and the rate of convergence in Chernoff's theorem" at the Moscow State University at the seminar on operator theory led by corresponding member of the Russian Academy of Sciences A. Shkalikov. 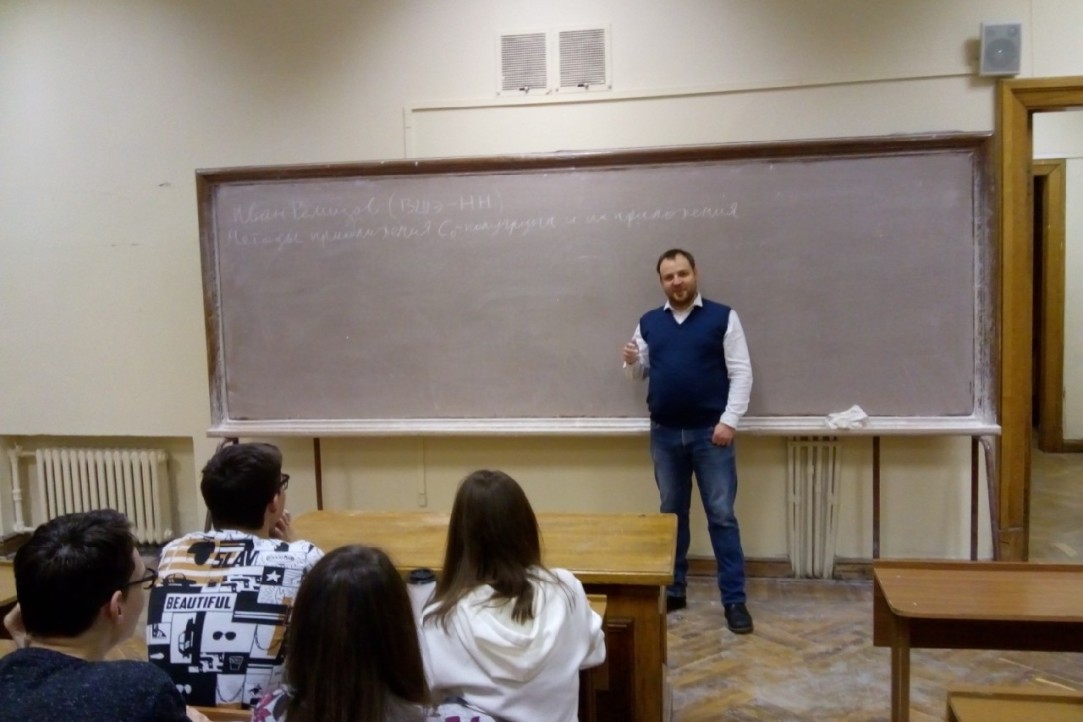 The talk at the seminar of Moscow State University 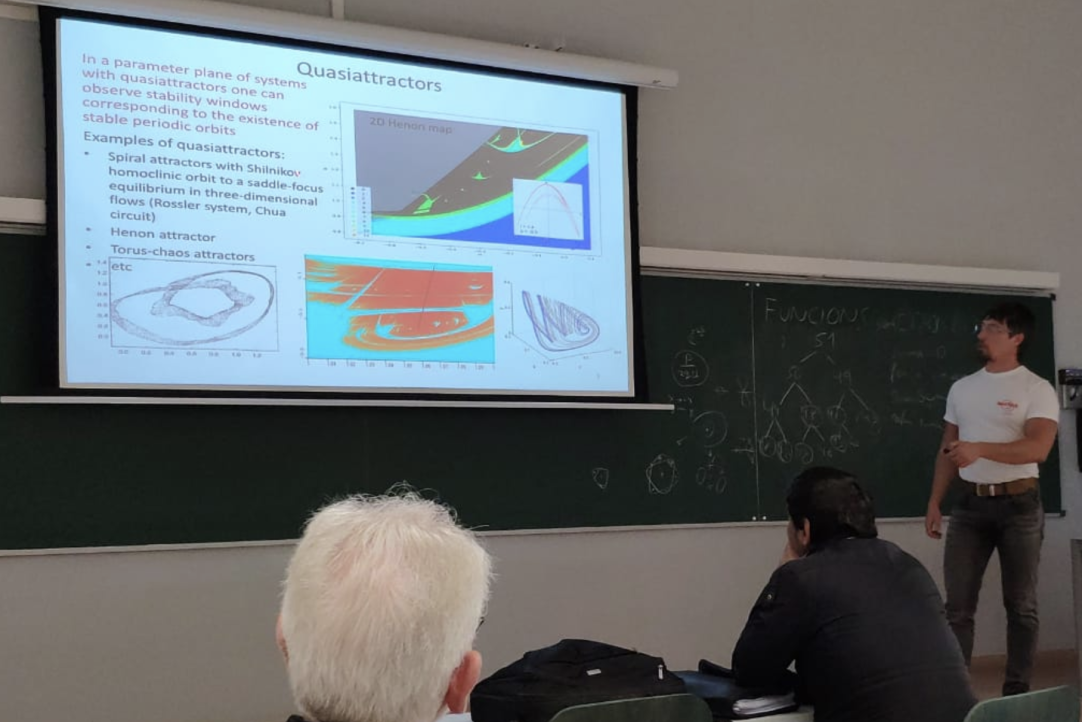 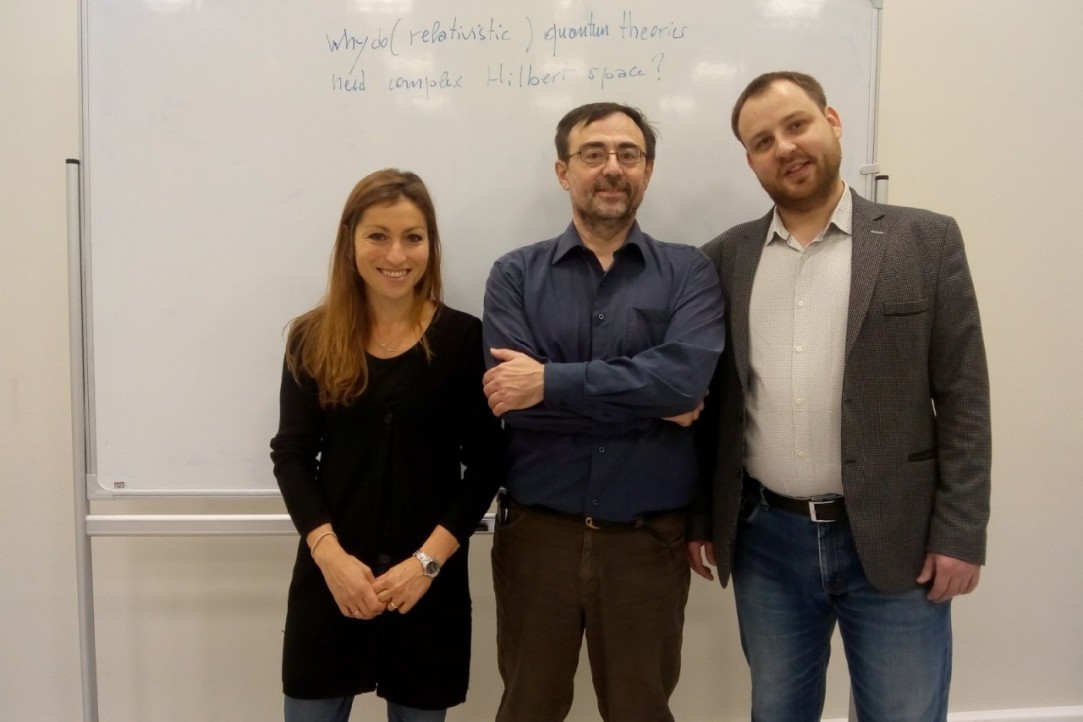 The talks by Italian professors Valter Moretti and Sonya Mazzuki

At the laboratory of topological methods in dynamics, on October 17, the talks by Italian professors Valter Moretti and Sonya Mazzucchi were successfully held. 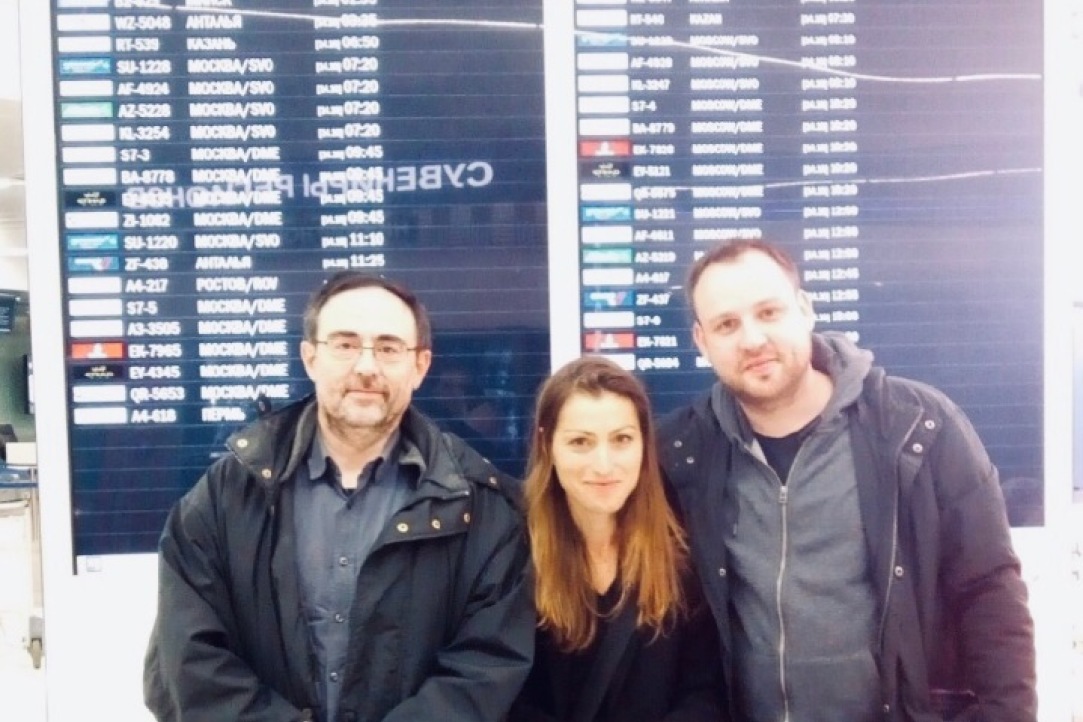 Mathematical lectures by 15-th and 17-th of october

As part of the visit of Italian mathematicians Valter Moretti and Sonia Mazzucchi to the laboratory of topological methods in dynamics this week, three talks will be devoted to applications of functional analysis in mathematical physics and quantum theory.