About participation in conferences

From May 30 to June 10, 2021, an researcher of the laboratory of topological methods in dynamics Bagautdinova E.R. took part in the Seventeenth International Interdisciplinary Congress "NEUROSCIENCE FOR MEDICINE AND PSYCHOLOGY" and the Scientific School "ACHIEVING INTERDISCIPLINARY NEUROSCIENCE IN THE XXI CENTURY", held in Sudak, Crimea.

Bagautdinova E.R. presented a poster presentation "MULTISTABILITY AS A PATHOLOGICAL BEHAVIOR OF NEURAL CELLS". The poster proposes the results of a study of the dynamics of a single neuron model based on the Hodgkin-Huxley formalism. The considered model takes into account an ion channel with a communication defect, as a result of which bistability arises in the system between a typical burst attractor and a stable state of equilibrium. In the work, the space of the parameters of the model is investigated, the areas in which the probability of the realization of a stable equilibrium is maximal are localized. According to the results of the conference, theses of the report were published: Bagautdinova E.R., Stankevich N.V. MULTISTABILITY AS A PATHOLOGICAL BEHAVIOR OF NEURAL CELLS. The results were obtained within the framework of the Russian Science Foundation grant 20-71-10048. 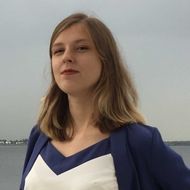