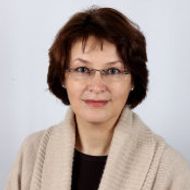 Book chapter
MEDIA STUDIES ON THE COVID-19 PANDEMIC IN FRANCE

Expedition “Russian province 2019”: in the footsteps of the Demidovs

At the end of August, second – year students of the educational program “Philology” visited the next expedition. This time they were in the village of Bykovka in Vorotynsky district. This is the ancestral home of one of the wealthiest families of Imperial Russia.

The Demidov family was widely known for its entrepreneurial activities, charity and promotion of advanced technologies in agriculture. The main family estate of the “Vorotynsky” Demidovs was located in the village of Bykovka. It was from these places that the nobility of the famous family began.

Students of Philology under the guidance of Associate Professor of the Department of Social Sciences Radislav Kaurkin and teacher of the Department of Social Sciences Timur Khusyainov for several days communicated with local residents. They asked them about the history of the Demidov family, their economic activities, what they brought to the development of the surrounding lands, and the relationship between landlords and peasants. Also, the participants of the expedition were interested in the customs and rituals that were customary to observe in the village.

For a better knowledge of historical material, a tour of Bykovka was organized, which was conducted by a school teacher from Vorotynets, local historian A.M. Dyuzhakov. He has been studying the “Vorotynskys” branch of the Demidovs for more than twenty years. Students got acquainted with the funds of the rural museum, created by the efforts of the residents of Bykovka, as well as the enthusiasm and cooperation of L. P. Kolesova, who is its keeper. The Museum is located in a former manor house, dated to the first third of the XIX century. In the Nizhny Novgorod region, this is the only preserved wooden structure of that time. Massive doors, wide floorboards made of century – old pines, powerful basement floors help you feel the spirit of the past and feel the history of the fate of the inhabitants of this house.

Thanks to the responsiveness of local residents, members of the expedition were able to collect unique material that is passed on in the families of respondents from generation to generation. In addition, the expedition made a lasting impression on its participants, who managed to touch something far away and unattainable.

“The expedition to Vorotynsky district is my second expedition in the framework of the project “Rediscovering Russia”. A year later, I was pleased to feel the atmosphere of the countryside again, with its unhurried life rhythms, unique nature and unique people. Unfortunately, I have never heard of the Nizhny Novgorod branch of the Demidov family and their connection with Bykovka. This trip was informative and timely. It gave me the opportunity not only to practice interviewing local residents, but also to fully understand the importance of preserving the cultural heritage of a particular place”  said Antonina Sadkova.

Oksana Vasilieva said, “This expedition was the third and most conscious for me. My skills in conducting interviews, processing information, and compiling questionnaires, which I had already acquired on other trips, allowed me to pay more attention to the spiritual side of the expedition than to the technical side. The theme of this trip helped us to define for themselves the concept of "memory of place". In Bykovka preserved buildings of the Demidovs, as well as memories of them, stored by local residents and passed from generation to generation”.

The expedition to the Demidov family nest gave its participants an opportunity to capture traces of pre-revolutionary rural life, improve their interviewing skills, and record living testimonies of the descendants of the Demidov peasants who worked in the village of Bykovka.