Studying Mathematics Opens Up Doors to Any Opportunities

British Professor Sebastian Van Strien, who has come to Nizhny Novgorod HSE on a tutor exchange programme, is confident that this is the case. Professor van Strien is leading a research seminar for students studying mathematics. 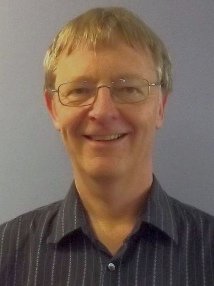 — Professor, how important is mathematics in your life?

— I am a researcher and that means I work with interesting people, I get to travel a lot, and get to think about very interesting problems. Mathematics is an interesting subject, it makes life brighter, freer, fuller. These days I think it is very important to think creatively, and not just to have certain skills. Studying mathematics means considering problems and tasks in a very profound way. I really like that.

— But many Russian schoolkids think that mathematics, as a subject, is too difficult. Do you have the same problem abroad?

— Let me tell you something from my own experience. I worked in the Netherlands up until 1996. Then there were only 200 schoolkids from across the country who, on graduating school, enrolled in mathematics faculties. Of the 16 million people living in the Netherlands, only 200 young mathematicians! For comparison there were 200 archaeologists at Amsterdam University alone! In order to solve this problem we went out into schools and talked about mathematics, gave interesting lectures to get the schoolkids interested in science. It took five years for us to see the results. The kids understood that mathematics opens any doors. My graduates have gone on to work in a wide variety of sectors, some of which seem a long way from mathematics: journalism, film, logistics. In the UK mathematics is a basic subject in any faculty. Students can be quite confident that, knowing mathematics, they’ll be able to go on to do whatever they want, wherever they want.

— What prospects do you think people who have studied mathematics have in Russia?

— Academics world over recognise that the Russian mathematical school has had a similar global impact to Russian literature. Year after year, Russian academics win the world’s most prestigious prizes and awards in mathematics. I can say that now, your country is home to a great many ambitious researchers who are full of interesting new ideas. Looking at all that, I think that people in Russia who study mathematics have a great future.

In addition to lectures for 1st year students on the Mathematics programme, Professor van Strien is holding working meetings as part of an academic research project looking at the Topological Classification of Dynamic Systems in Two-Dimensional Manifolds with a Finite Number of Stability Modules for tutors at the Mathematics, IT, and Computer Science Faculty.