The director of The National Research University Higher School of Economics in Nizhny Novgorod told Georgiy Molokin about multi-disciplinary education, flexible skills, freedom, and communication in the educational process of the future. 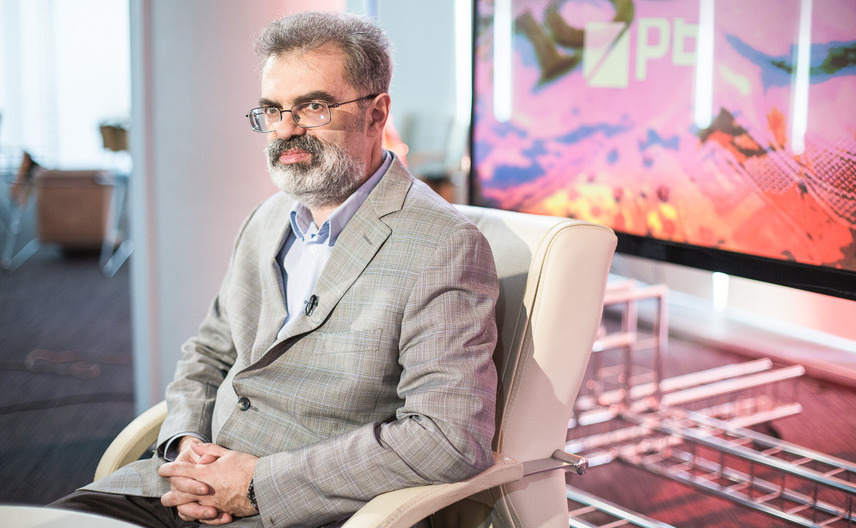 We live during the fourth technological revolution, the century of digitalisation and a significant growth in the amount of information consumed on a daily basis. All of these themes are inseparably connected to changes in the structure of higher education. How can this education rise to these challenges?

These are very serious challenges, and they call upon the preparedness of those who should do something in the economic sphere. If we speak entirely in a general sense, then some creative abilities are required from people today, particularly an involvement in communication with other people. But the most important thing is that these connections turn out to be horizontal and not vertical.

This sounds like the concept of “Academic Freedom”. The student, the professor, the specialist, the scientist—all those in search of a higher truth—must have the rights of freedom to speak out on themes which may not be very comfortable for others. This concerns relationships between the professor and the students. How is this theme developing today?

This presents itself as a question of power-dynamics. The professors are figures who have power over their students. If this power is one-sided and authoritarian, then it is one type of mutual relationship. If it is two-sided, then we are not speaking so much about power, but more about discussion, intercommunication, and colloquium. All of this points to consistency.

Does it benefit you and your professors to enter into a dialogue, even if you don’t agree with the opinions of young people? Do you still set these types of tasks?

Of course. The environment among professors and students at the Higher School of Economics only allows for that type of behaviour. In cybernetics, there is an understanding of feedback, or reverse connections. When we do something and are not interested in the repercussions or response, this is a monologue. Ideally, in higher education, there should be no monologue; everything should instead be in the form of a dialogue. Tasks in the NRU HSE are not being developed so that it is immediately obvious that we are borrowing from outdated educational guidebooks, some of which are already 50 years old—no. At HSE, the spirit of project work is the most important. You [the student] decide the task, and it is yours. It is not imposed upon you from above.

So, project activitiesare the most important component of the world’s higher education?

Absolutely. Not long ago, I was in South Korea. They have a cohort of universities, companies, educational institutions, and businesses which has already been a norm for a long time. This is the vector of development the Higher School of Economics hopes to take. For example, the tasks that our marketing students complete are not abstract, but concrete; established with IKEA and other partners. Here, it is also important in which spaces or environments the students will complete these tasks. For example, IKEA and HSE are both creating free creative spaces in which even the furniture in the auditoriums do not stand in rows. These areas are easily transformable, and their designs are not trivial.

Is this about notions of corporate environments? Their own taboos, freedoms, and principles…

Of course. In this case, we are talking about a corporate culture in which there is a definite interest in the opinions of the participants; the rapport that the professor has with his students and vice-versa. That is completely natural.

Young people, I know, are studying in different universities, and they were also finishing at yours. I see how an HSE diploma contributes to the rapid development of careers. But I also see how very strongly conservative it is within the sphere of the humanities. It is necessary to study dates, names, and events. This seems to be crazy archaism, because from within this avalanche of knowledge, one must learn them and use them, not just memorise them.

That is quite fair. We have arranged the student’s independent work so that they will spend most of their time in search of meaningful information. This is somewhat of an old practice, but it appears new. Outstanding historian and literary theorist Boris Victorovich Tomashevsky, in lectures of the philological faculty at Leningrad University said, “I will not give you any closed-ended tasks. I will teach you how to search”. This idea is absolutely to the topic. We need to search freely and with awareness.

Not long ago, I was carefully rereading Tomashevsky’s articles. They have not lost their significance, even though they were written several decades ago. What does it mean, “a person considers not only current issues, but eternal problems”? We currently have a term: “flexible skills”. What is that?

This is a very complicated notion. It is possible to approach it from different angles; from psychology, sociology, linguistics, and so on. I do not presume to give comprehensive, general definitions. Not being a mathematician at all, I would still come at it from a mathematical angle. If one is to explain cases that are connected with soft skills, I would say it like this: “the most important thing is the feeling of freedom, or the ability to converse with another, when you not only speak, but also listen; when you react to what you’re hearing and are able to communicate to the other person what you want to say. These are skills of presentation, but not in the sense that you are presenting yourself, instead that you are speaking out about problems that are necessary to discuss.

Our time is revolutionary in respect to technological development and significantly differs from what existed 100 or even 30-40 years ago. As rapidly as the volume of information is changing, the technology of its distribution, and consequently what students study, must also change. It becomes necessary to learn to study in a different way. Is this a modern-day particularity?

It is an interesting topic, and it is necessary to speak about it concretely. We have the gift of improvisation, or the ability to make spontaneous decisions when they do not flow logically from an existing outline. We differ from robots and artificial intelligence; that needs to be known and loved like an efficient instrument. A person is distinguished by intuition and the ability to react unexpectedly.

We have the educational programme “Fundamental Applied Linguistics”. People are needed from left and right-wing fields, people from language fields, who are not unfamiliar with mathematics. One does not often meet people of this combination. We teach programming, but young professors do not teach it like “Engineering programming”, they teach it as a language. This is understandable for people, and beside that, it is a different language—not English or German, but the language of programming. This is the creative approach to complex tasks, and it gives fantastic results.

I think you are absolutely right. Any language tends to lean towards the economy in certain situations and against the economy in others. The economical actions of modern internet-language should simply be accepted as a consequence of a new communicative environment. In current conditions, it is unadvised to speak in the language of Goethe and Shakespeare, as it is does not fit current situations.

But this does not mean that we shouldn’t know the language of Goethe, Shakespeare, Tolstoy, and Chekhov. They are two different languages. Proficiency in one of them generally does not negate a proficiency in the other one, and this is an absolutely important moment. We should be proficient in different languages. We should not fear the cultural language of the internet, but at the same time, we should know the language of the classics.

In the example of your university, it is very interesting to talk about multi-disciplinary, multicultural education. Today, the blending of one knowledge into another and of one science into another is already indisputable. Does HSE consider this task to be one of the main priorities?

Our University can be called multi-disciplinary, and the Rector, Yaroslav Kuzminov speaks of just that; multi-objective semantic clusters are created in the Higher School of Economics. There is interest in entrepreneurship as one of the fundaments of the university, but it does not boil down to business-presentations. Who is an impresario? Who is a literary agent? It goes without saying, that they are also entrepreneurs in perfectly defined spheres. But in journalism, an entrepreneurial streak is generally necessary. Design and marketing, management and culturology, can meet at our university. I am convinced that he who practices economics and management cannot be ignorant of mathematics and the language of art. They are different languages, but their grammar and syntax are extremely important.

How would you describe a student or professor in higher education today and tomorrow? What kind of person are they?

If we were in the beginning of the last century, we would have needed Herbert Wells and Jules Verne. I would not risk giving any comprehensive characteristics; instead, I would try to give open ones: It seems to me this person would interact actively with his or her conversation partner. It is a task of personal relations with another.