From Diver to Astronaut: the PostVenture Project Re-creates More Than 40 Types of Mail Service

Sending messages in more than 40 different ways and inventing new types of postal communication, this unique historical & geographical expedition, involving employees of HSE University Nizhny Novgorod, has claimed a place in the ‘Guinness Book of Records’. Timur Khusyainov, Deputy Dean of the Faculty of Humanities, spoke about the Project. 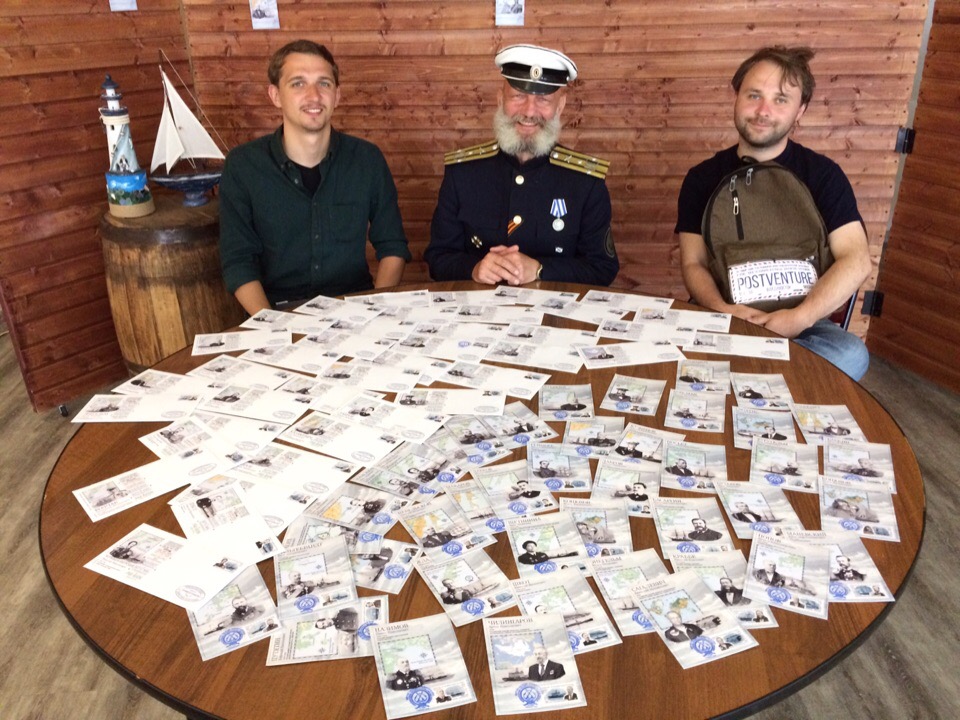 World Post Day is celebrated on October 9th, and so it was on this day that the postal/telegraph historical and adventure experiment PostVenture (‘Postal Adventure’) reached its conclusion. The final event was a large press conference held at the Primorskiy Regional branch of the Russian Geographical Society with the participation of International Space Station (ISS) astronauts. The project was timed to coincide with a number of memorable dates: the 200th anniversary of the postal envelope, the 180th anniversary of the postage stamp and the 125th anniversary of the invention of radio. 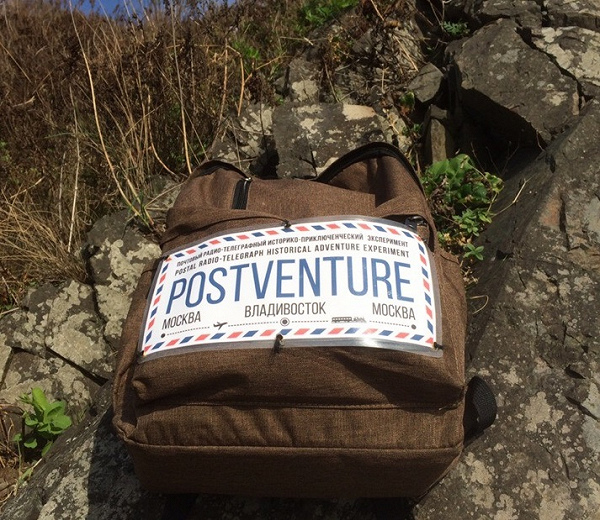 The main project group consisted of five like-minded adventure-seekers from different Russian cities. PostVenture was invented and driven by Valery Sushkov, a traveller-explorer from Lipetsk. He has been involved in organising tourist projects throughout the country for many years. Professional director and cameraman, Leonid Astashov from Voronezh, was responsible for photography and video filming, and will be involved in producing a documentary film based on the expedition. Dmitry Pavlov, director of the world’s only trepang (sea cucumber) museum and a tourism expert in Vladivostok, helped with logistics. Timur Khusyainov and Egor Saksin, representatives of the Faculty of Humanities, HSE University – Nizhny Novgorod, made detailed travel notes.

The large-scale PostVenture adventure started in Moscow on September 17th in the form of a relay race entitled ‘Earth, Underground, Water, Underwater, Air, Space’ and passed through some of the most iconic tourist sites of the Primorsky region. ‘Each stage of the Primorskiy route was dedicated to one of the outstanding navigators and explorers of the Far East, including Pyotr Ricord, Andrei Popov and Efimiy Putyatin. The list also contains contemporary names, for example, Fyodor Konyukhov. He was aware of the whole event and gave his approval’, notes Timur. 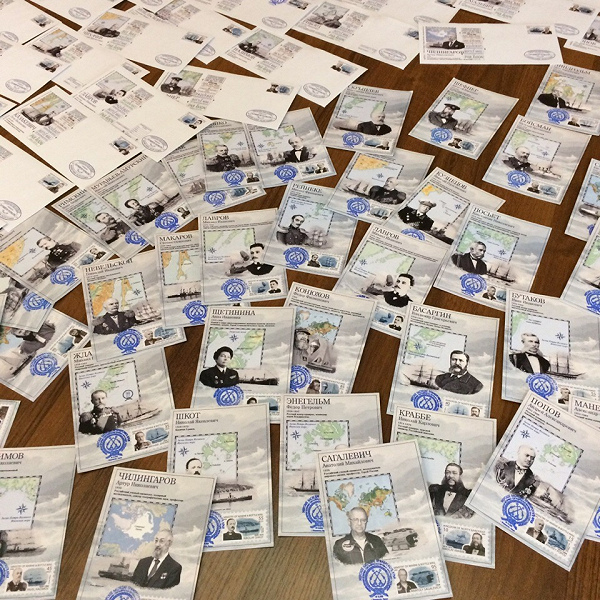 A set containing postcards, envelopes and an art stamp was issued to all the participants (note: these stamps are not valid for mail use, they are collectors’ items). A limited edition pack of envelopes, postcards and art stamps, with an initial run of 40 sets, was included in the expedition backpack. An appointed postmaster was responsible for each particular stage, and wore identification marks with the symbol of the project in the form of an expedition bib. At each stage, a particular type of postal message was reconstructed, and different delivery methods were used - the backpack contaianing the envelopes was passed along like the baton in a relay race. 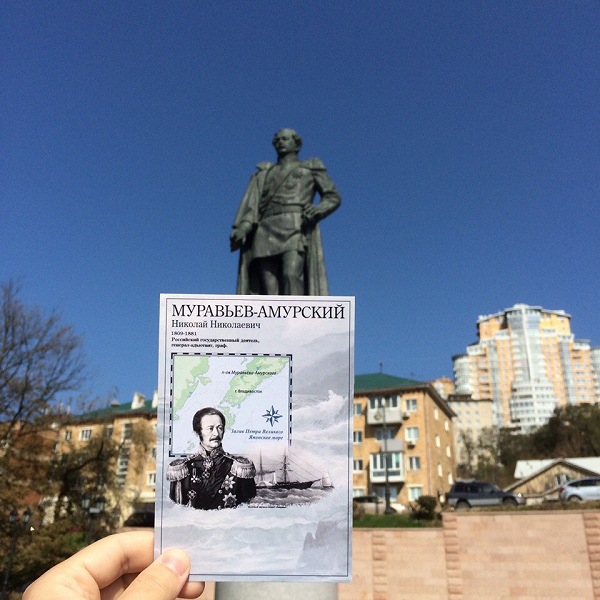 The expedition started in Moscow, specifically in the Moscow Metro – to acknowledge that it was once an underground post office. Historically, it was active during World War II, when postal traffic passed through the Metro tunnels. This time around, the messages were not carried through tunnels on foot, but were transported in a carriage. From Moscow the participants flew to Vladivostok.

‘Everyone we met on the route had the opportunity to become a postmaster. When we were re-creating mail delivery on horseback, we asked the local equestrian club to participate. There was a time when we were moving around Peter the Great’s Bay and saw surfers on their paddle-boards (SUPs). They were very happy to take part in the project, so we came up with the idea of introducing a new kind of mail – SUPmail. The idea was that postal messages can unite a wide variety of people from all over the country.’ 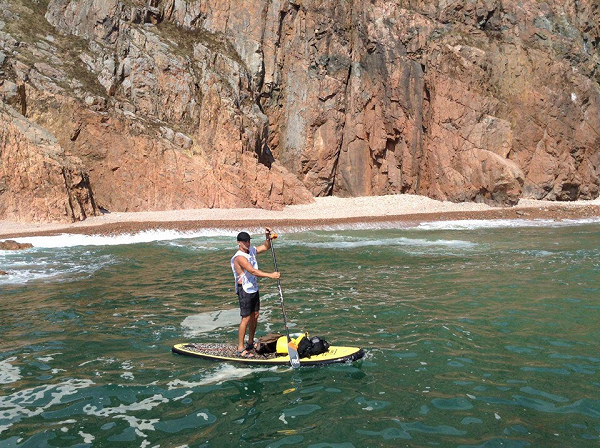 Among the diverse delivery methods recreated during the expedition were carrier pigeon, dog mail, military field mail, balloon mail, bottle mail, sea buoys and many others. ‘One of the stages was the maze mail – it was an experiment, and the mazes themselves were built by the stone, plastic and feng shui expert, Mansur Yakubov. They are now open to the public as an art exhibition. Our postmaster carried the relay envelopes through one of the mazes. We came up with a few more options – mail by gyroscooter, by hydro-cycle, and even dragon boat’. 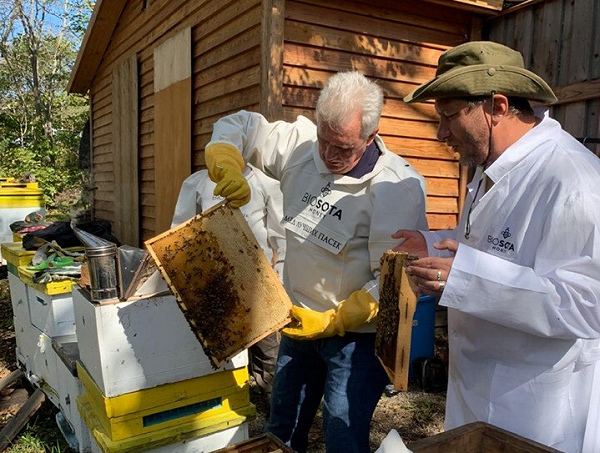 One of the most unusual types of communication re-created during the Project was bee mail. As we all know, bees always return to their hive, but unlike carrier pigeons, they are not so easy to spot. During the Franco-Prussian War, a method of transferring information using bees was invented: a thread of a certain colour was attached to the bee. Red meant the appearance of infantry, green represented artillery, and blue indicated cavalry. 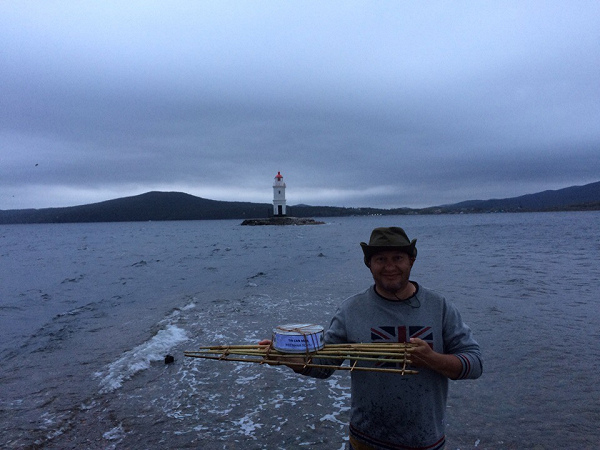 Timur talked about some of the reconstructions in detail, including an unusual method of communication called tin mail: ‘You take a tin, for example a biscuit tin. It’s more or less airtight, water can’t get in. A message is placed in the tin and then the tin is attached to a small wooden raft. This type of mail actually existed. In the Kingdom of Tonga, the mail system was not very good, as ships were unable to come close to shore, but letters still had to be sent. So they came to an arrangement where a swimmer would take the mail tin, tie it to a small raft and drag it to the ship, from where the mail could be sent anywhere. The island’s mail system functioned in this way for almost a century, right up until the 1980s’. In addition to the backpack with postcards at each stage of the route, expedition members also sent their messages in different ways. Sometimes the recipients were specific people, such as the astronauts of the ISS, while at other times a message was intended for all humanity. ‘We don’t not know who will receive the message that we sent in a bottle. When we visited the frigate Pallada, the captain told us a story of how a message in a bottle was thrown into the sea in the Primorskiy region 50 years ago merely out of curiosity. The bottle was recently found off the coast of Alaska.’ 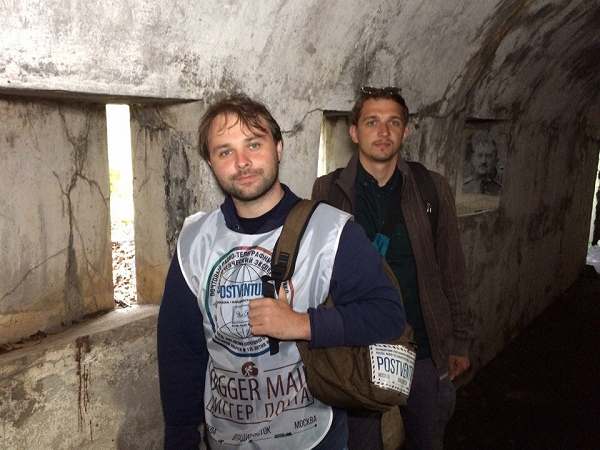 One of the objectives of the project was to draw attention to various artefacts in the Primorskiy region. ‘There is a cable car in Vladivostok that almost no one uses. We included it in our itinerary. In this way we were able to focus on the tourist value of the region: for example, high-altitude post involving the ascent of Mount Pidan was included in the Project. Another time, I reconstructed digger mail in the catacombs of Fort Pospelov on Russky Island. During the war, while under siege, messages were transmitted through these underground tunnels. The fort itself is not very large, and is completely open to visitors. We initially planned to partner with a local digger, but curiosity prompted us to go by ourselves. I went down into the catacombs, taking a backpack with envelopes and postcards. I carried it through the underground corridors, and also walked with it outside the fort. It felt as though I had been transported back to the previous century.

‘Unfortunately, not everything was able to be implemented this year - unfavourable weather conditions and the coronavirus pandemic intervened, meaning, for example, that it was impossible to get on the submarine. We were running out of time. 24 hours a day is just not enough – we managed to send a maximum of three types of mail per day. However there are plans to continue the mail adventure next year. The final stage of the expedition was a modern day email, which was used to send an application to include PostVenture in the Guinness Book of Records.’

All the photos are from the personal archive of Timur Khusyainov 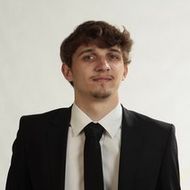 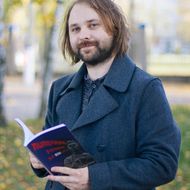