‘We need to have different views to improve our own’, this is the keystone strongly emerged from our interview with Eduardo Ribeiro, a former Comissioner and Chief Economist of Brazilian Competition Authority (CADE), Associate Professor of Economics in Federal University of Rio de Janeiro 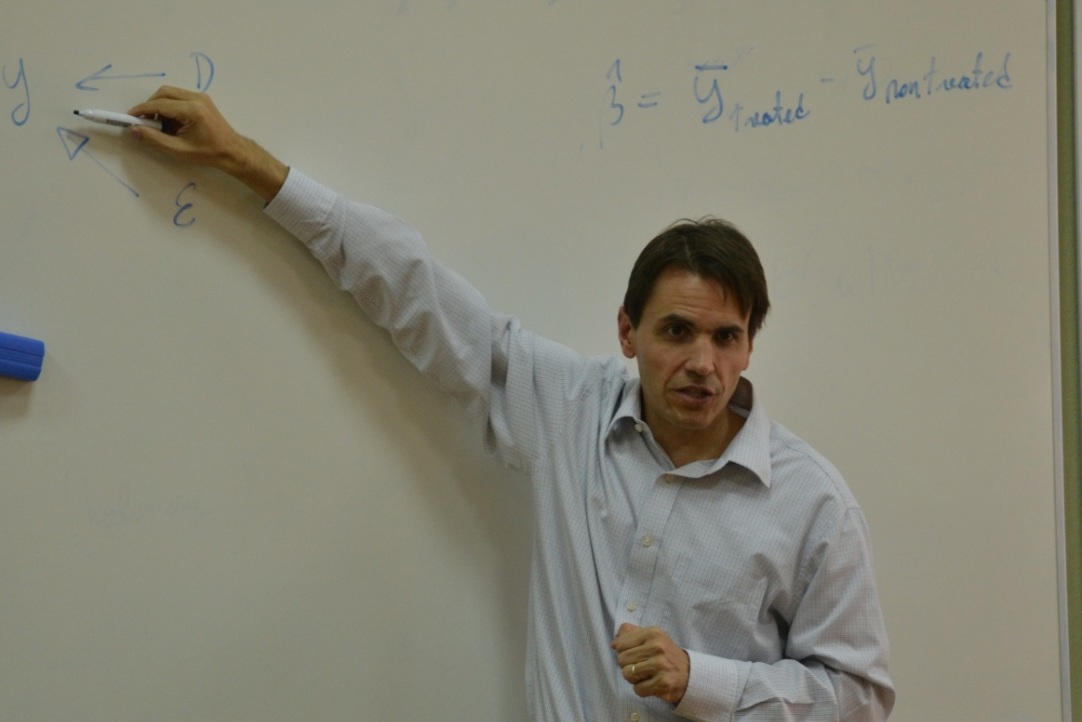 From 24 to 28th of September he was on a visit at the Higher School of Economics - Nizhny Novgorod. Eduardo Ribeiro took part at the international conference “Modern Econometric Tools and Applications – META2018” and conducted five master-classes on “Advances in Microeconometrics for Economic Policy Analysis” for professors and instructors of HSE-Nizhny Novgorod.

During our interview, he immediately drew attention to the favorable, stimulating environment provided during these days. Professor Ribeiro felt to be honored to have been invited to such a prestigious event, to have been allowed to take part to the conferences and to have contributed actively with his research. From his point of view, it is worth bearing in mind that the disparate nationalities of scholars always give birth to a ‘fresh view’ of the question posed and set up a worldwide network of high profile academics, whose papers are highly useful for the other ones’ researches, as he himself reveals.

Furthermore, he also spoke a few words about the HSE. He plainly states that ‘the infrastructure is good for teaching’ and that all the students are granted easy access to the educational material. As far as the participants to his lectures are concerned, they were experienced and they had a pretty good ‘econometric background’ according to him. They could phrase very technical, pertinent and relevant questions. Despite the fact that he and his students ‘were looking at the same object’, our interviewed openly confessed that they ‘were looking from different sides’. Owing to this, he deeply felt that he was ‘forced to think of different ideas of what [he was] looking at’.

Professor Ribeiro holds the view that not only teachers teach something to their students, but also students can teach something to their teachers as well. He argues that ‘we have always a chance to learn how to teach by learning from the students, by their questions’. The latter can dramatically improve the way in which we communicate and it can helpfully suggest how to present the material in a different way, maybe in an easier one.

Notwithstanding the fact that he had already visited Moscow and Saint Petersburg, this was his first time in Nizhny Novgorod, but he liked very much since he prefers mid-sized city and ours is not as huge as the Russian capital. Moreover, the river and the nature created for him a pleasant and emotional atmosphere. When he arrived in Nizhny, he had already got general and basic information about the city from ESPN, a US-based television sport channel broadcasting some clips concerning the Russian cities hosting the 2018 FIFA World Cup. As a consequence, his curiosity about the city markedly aroused like his will to visit it.

Eventually, professor Ribeiro absolutely guaranteed us that he would come back to Russia not only on business, but for pure pleasure as well. He frankly admitted that in Brazil there is little information about Russia and, due to this, he appears more than willing to enjoy a country with such a ‘rich history’. We are looking forward to seeing you soon professor Ribeiro!