Comparativistics in Linguistics: from Basics to Details

Alexei Kassian, famous linguist and senior research fellow of the RAS Institute of Linguistics, and someone whose name is associated with fascinating discoveries in the field of comparative-historical language studies, visited HSE University to give students in linguistics a lecture on the subtleties of phylogenetic analysis, computer tools, and the reconstruction of ancient languages. 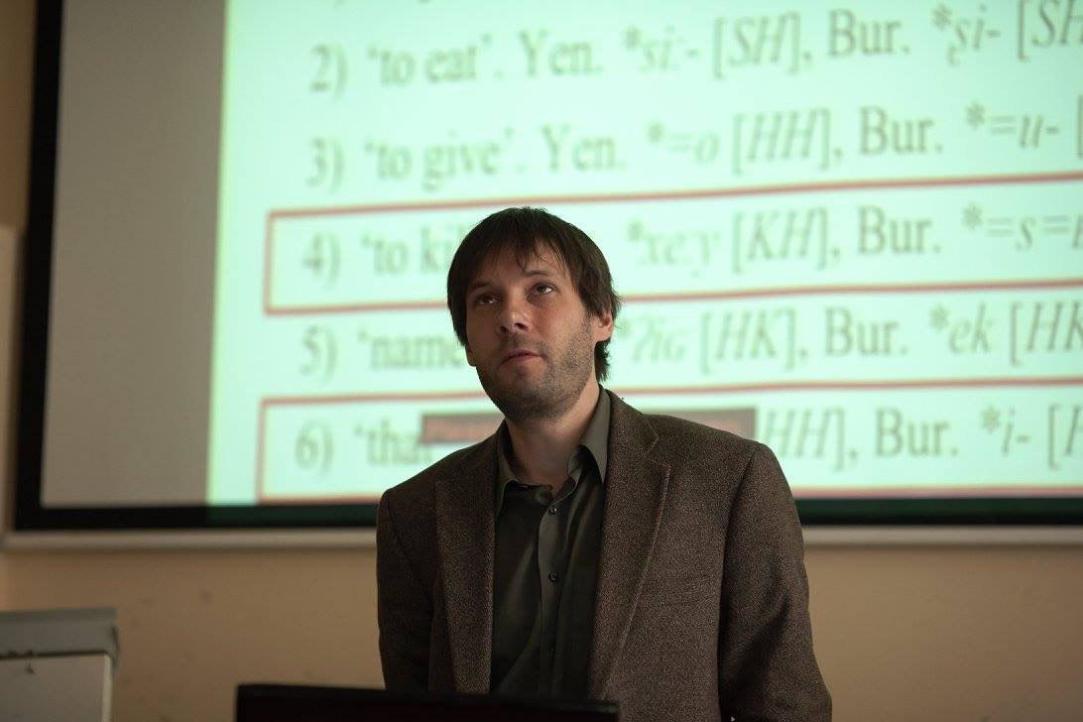 How can phylogeny help linguists in their research? Can we reconstruct the branching of the original Indo-European language? These questions can be answered through comparative-historical language studies, one of the most fascinating and yet challenging fields of linguistics.

Alexei Kassian, PhD in Philology, famous Russian linguist and senior research fellow of the Institute of Linguistics, the Russian Academy of Sciences, visited HSE University in Nizhny Novgorod. He gave an introductory lecture on comparative-historical language studies for students of the bachelor’s programme ‘Fundamental and Applied Linguistics’, and spoke about the phonetic and semantic reconstruction of ancient languages and the interaction of sciences in comparative-historical language research.

As a first-year student who has only just begun studying linguistics, I found Alexei Kassian’s lecture fairly complex in terms of the concepts, but quite easy to understand. I think this was largely due to the examples that the lecturer provided for almost all of his arguments, his simple-to-follow explanations, and effective interaction with the audience. Like many of my classmates, I still have some things to learn and clarify after this lecture. But comparative-historical linguistics has become much clearer to me.

‘The lecture was based on the basics-to-details approach, so when the linguist spoke about the subtleties of research methods, such as the Mantel tests or the various types of phylogenetic analysis algorithms, even students who didn’t know anything about comparative linguistics could understand and follow what was being said. I was particularly interested in using the matrix method to compare cognate languages,’ said Maya Artukh, student of Fundamental and Applied Linguistics.

I would like to point out that as a result of the speaker’s enthusiasm, many of the audience felt inspired to do their own research in this particular scientific field. Although comparative-historical linguistics has existed as a science for a long time and can boast a number of achievements, it continues to develop. Alexei Kassian and his students have come up with a new approach to facilitate comparison of languages that belong to the same language family. This is an excellent example of how a teacher and his students can put knowledge into practice. I would like to thank Alexei Kassian for a brilliant lecture.’