Marina Kaziulina, first-year student of the Bachelor’s Programme ‘Fundamental and Applied Linguistics’, is the winner of the third season of IV Research Battles with her research on machine learning conducted at the interface of psychology, linguistics, and data-science. Together with her colleague Alexander Babiy, Marina has designed an algorithm to identify emotions in texts based on thousands of online users’ messages.

In spring 2020, the traditional HSE Research Battles were held online for the first time. This format allowed students from other campuses to take part in the competition. The third season of the IV Scientific Battles saw four presentations on social science and humanities.

Georgy Rudakov (first-year student, Master’s Programme ‘Transmedia Production in Dogotal Industries’, Moscow) spoke about how modern Russian writers imagine sex in the future. Based on a content analysis of modern Russian writers’ works, Georgy looked into potential sexualization scenarios that our society may expect to have in the following decades. He also analyzed the transformation of traditional partnership relations based on modern novels such as iPhuck 10 by Victor Pelevin, No by Linor Goralik and Sergey Kuznetsov, and Tendeness for the Dead by Ilya Danishevsky.

Ulyana Sirotina (third-year student, Bachelor Programme ‘Psychology’, Moscow) suggested that meditation practices could affect our emotional state. ‘Loving kindness’ meditation and ‘compassion’ meditation encourage us to love ourselves and others, teaching us to be sympathetic towards other people’s weaknesses. ‘Using these practices we grow love towards ourselves; this is an energy that can fill us and be shared with others,’ says Ulyana.

The final presentation was made by Marina Kaziulina (first-year student, Bachelor’s Programme ‘Fundamental and Applied Linguistics’, Nizhny Novgorod). She spoke about her research on machine learning conducted at the interface of psychology, linguistics, and data-science. Marina spoke about how and, more importantly, why she managed to teach computers to understand emotions.

On Research ‘Emotional Artificial Intelligence: How to Teach Empathy to Computers’

‘There are very few professionals in the world today who are able to provide competent psychological support. But supposing we lived in a world in which computers could understand people’s emotions by using data analysis – Artificial Intelligence could become that psychological assistant.’

Are digital technologies capable of feeling empathy? Will computers be able to read, interpret and respond to human emotions? In searching for the answers to these questions, Marina and her colleague Alexander Babiy analyzed over 5,000 informal messages sent by users online, and created an automatic classifier that would categorize messages according to their emotions.

This research turned out to be the winner. Its author will now move on to compete for the top prize – an academic travel grant to Europe. 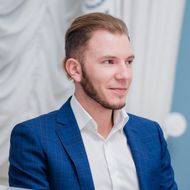 ‘I’m delighted that our research battles, which have already become an HSE tradition, were not put on hold because of the pandemic and continued to be held, albeit in a new format. When we, together with our students, launched this competition back in 2017, I didn’t expect to be on the jury one day. Neither did I think I would be judging contestants on Twitch and that a student from the HSE – Nizhny Novgorod campus would win the battle by making a wonderful presentation. I would certainly call this event a positive side-effect of the new distant reality we are facing today.'

Marina Kaziulina, winner of the third season’s semifinal:
‘The Research Battles were a thrilling experience for both my co-author Alexander Babiy and myself. We found out about this event quite by chance, and we submitted our application on the very last day before the deadline – ‘hopped on the last car of the train’ as we say in Russian. We didn’t expect our research to be admitted. But why not give it a try, we thought.

The moment when we were told that, against all odds, my research had been selected for the shortlist of the semifinals, we realized we would have a huge amount of work to complete. We worked very hard: a whole bunch of ideas were put forward and rejected, and I had to rewrite my speech at least three times. It was quite challenging psychologically, as we had such strong competition (undergraduates, master’s students). Anyway, I think we eventually succeeded thanks to our belief in what we were doing.

This research is the fruit of our synergy – Alexander and I are very good at entirely different things, so we complement each other perfectly well. The vast amount of effort we had invested into our joint work meant we couldn’t just give up halfway. Even so, this is a totally unexpected success.

We’ve had a terrific support team made up of our families and Nizhny Novgorod HSE students. We are deeply grateful to each and every one of them for believing in us, because this is really invigorating and encouraging. In addition, we would like to offer special thanks to our academic supervisor Alexey Malafeev.

I would also like to say a few words about the event. I really appreciate the way it was organized: the organizers had considered every detail and were extremely friendly. The speeches of the other three contesters were truly eye-opening to me. I’m glad I was able to take part in the semifinal of the Scientific Battles. Alexander and I are now bracing ourselves for the final. :)

About the project:
Research Battles is a project where students who are keen on science speak about their research in the TED format. Each year, the project continues to prove that scientific discoveries can be highly inspirational and it is possible to get any idea across to the audience even though they might know next to nothing about the research subject. Speakers achieve this by presenting their material in an easy-to-follow manner – using no slides and relying only on their rhetorical skills.