Strengthening Friendship with the Republic of Korea

On June 19, Mr. Yeom Tae-young, mayor of Suwon (the Republic of Korea), visitedHigher School of Economics-Nizhny Novgorod in order to discuss with its director Valery Zusman possible cooperation between Suwon universities and HSE-Nizhny Novgorod. 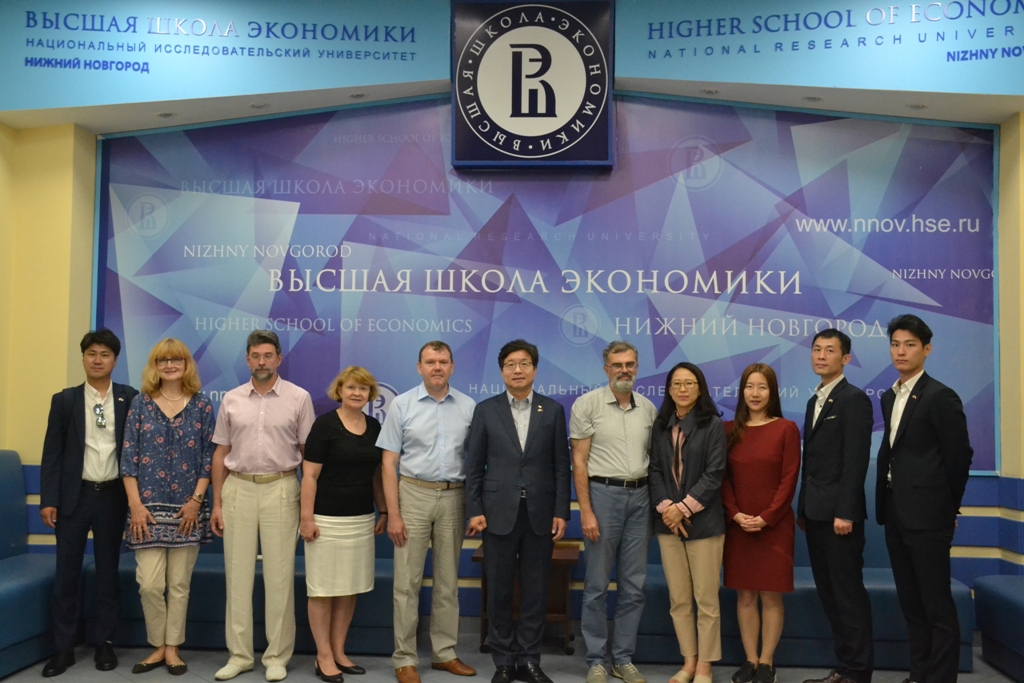 Dr. Zusman expressed his willingness to establish partnership with one of the Suwon’s universities and said that many students of HSE - Nizhny Novgorod were willing to study Korean language.

Dt. Andrey Maksimov invited scholars and researches from Suwon to take part in the annual conference on econometrics «Modern Econometric Tools and Applications – META 2018» that will be held in HSE - Nizhny Novgorod in September 2018. The Korean delegation thanked Dr. Maksimov and promised to assist Suwon’s specialists who would like to addend the academic forum in Nizhny Novgorod.

Mr. Yeom Tae-young assured he would recommend a teacher of Korean language to HSE- NN’s administration.

Close contacts with South Korea started in January 2017 when the Attaché for Education of Southern Korean Embassy in the Russian Federation Mr. Chon Chan Yooncame toHSE - Nizhny Novgorod as a special guest for the Day of Korea.

Mr. Yeom Tae-young came to Nizhny Novgorod to support his national team at World Football Championship 2018.  He positively estimated how the sports’ event was organized.

Suwon is a twin-city of Nizhny Novgorod.The largest metropolis of Gyeonggi-do, South Korea's most populous province, which surrounds Seoul, Suwon, with population of 1.2 mln people, is a highly developed industrial city. There are 11 universities and 2 colleges in Suwon.