‘The sorcerer, in the guise of a soaring bird, brushes against the concrete slabs with his wing’. This poetic line is the name of a joint crowdfunding project run by second-year students of the HSE Nizhny Novgorod Management Faculty and the street artist Anton Tabatchikov on the Grebnoy Channel embankment. 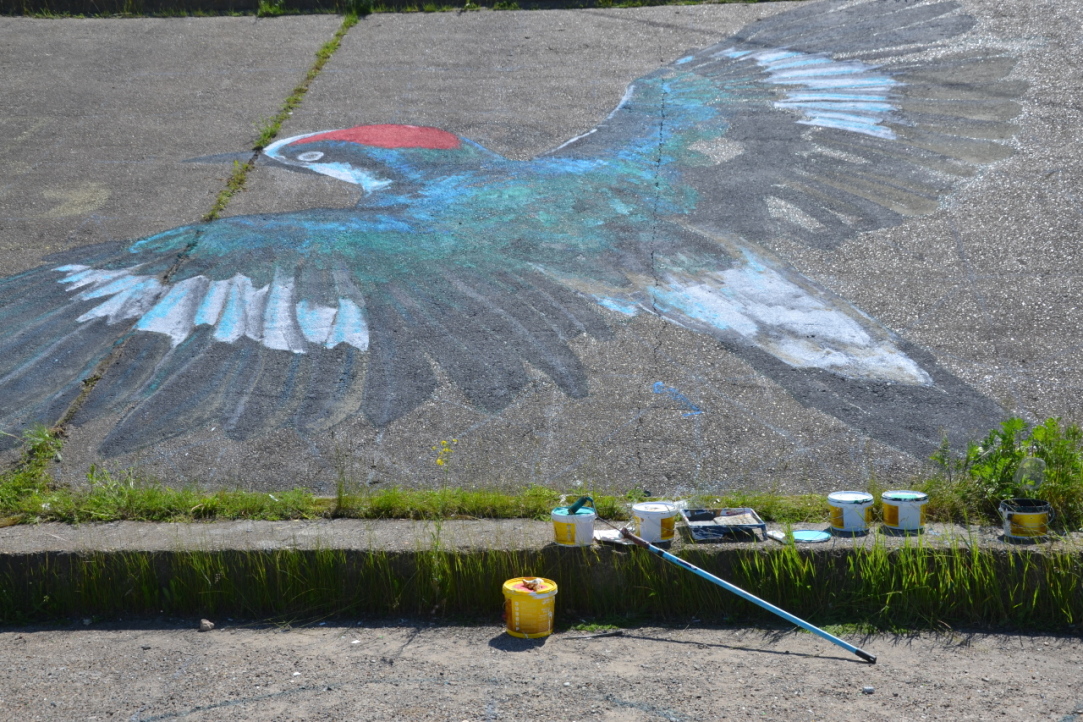 Early this year, while taking part in a Project Workshop, a team of the students from the Management Faculty, including Anna Nikulina, Yelizaveta Kapeleva, Ira Lapushkina, Nikita Novozhilov, and Bogdan Polshkov,was tasked with developing an original project that would be implemented with the aid of crowdfunding. Initial ideas of producing edible cups or epoxide resin jewelry were soon discarded. The students needed something much more ambitious.

‘We immediately decided that we wanted to do something meaningful for Nizhny Novgorod. The street art idea fit perfectly,’ says Bogdan Polshkov, one of the team’s leaders. ‘Tourists usually visit the Kremlin, our city’s main attraction, or take a walk along Bolshaya Pokrovka or Rozhdestvenskaya streets. But why don’t they go to the Grebnoy Channel embankment to see something different for a change? People love taking pictures or posting stories with colorful street art objects, which promotes the city’s general development. It would be great if talented artists could create a new public site of interest. 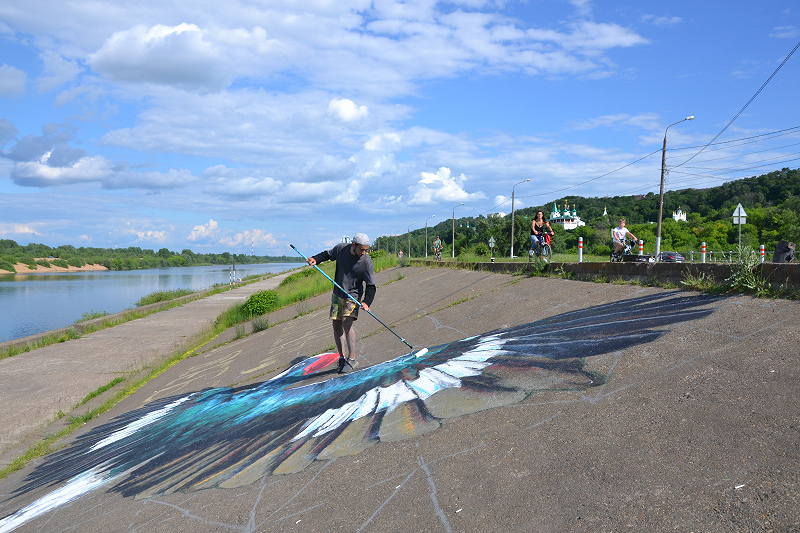 It took the team four months to complete the project, and only 5 days to paint the picture. According to the artist Anton Tabatchikov, the most difficult part was to ‘get a good look at the project’:

'I wanted to achieve a 3D effect. It was not easy, though, to assess the result of the work on the inclined slabs—it is not enough to take just a few steps back to see the entire painting. The tricky thing about the bird is that it is better to look at it from high up. So, during the day I would work almost blindly, and at night I would take a ride on the aerial tramway to assess the result of my work from the proper angle.’ 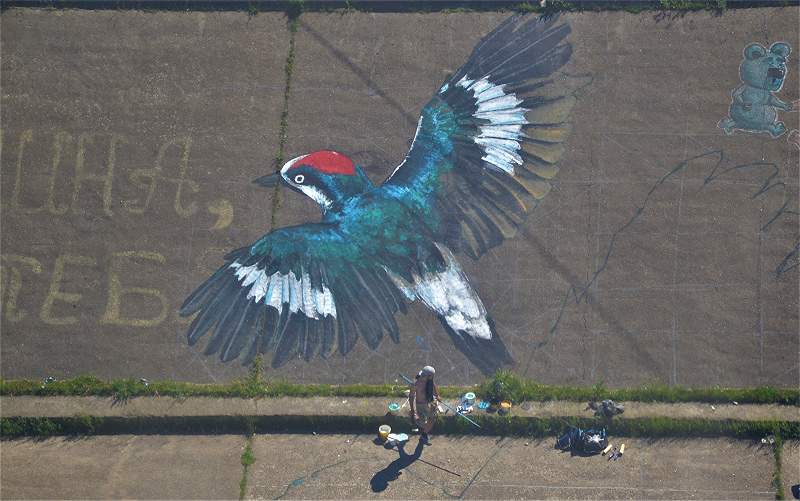 To receive permission to create the street art painting on the Grebnoy Channel embankment, the team first had to get the project reviewed and approved by the Nizhny Novgorod Engineering Supervision Authority, the Administration of the Nizhny Novgorod Region, and the City Development and Architecture Department. In February, the students created an account on Planeta.Ru to raise money, and they worked hard to promote the project on social media during the spring:

‘We told people about the idea, posting street art news and advertising our partners—museums, cafes, English schools of Nizhny Novgorod, etc. We finally managed to attract about 250 people to join our page.’ 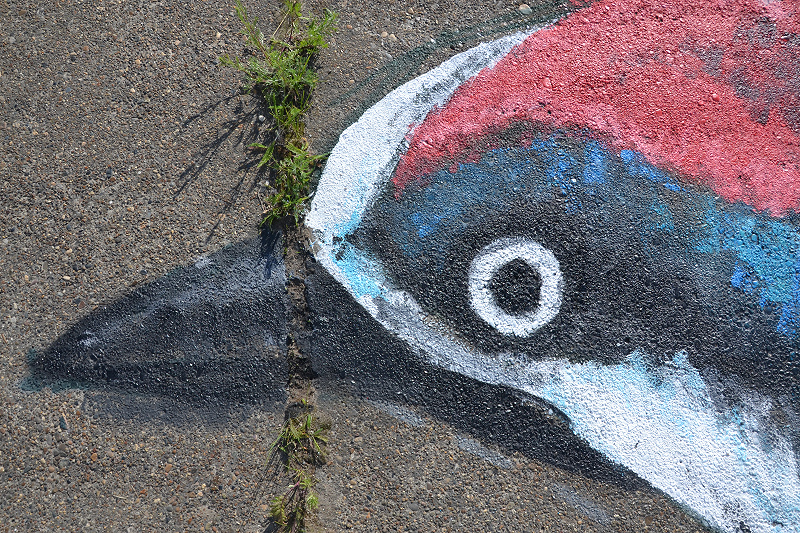 Over four months, the students raised a little over RUB 27,000.

‘Of course, we expected to raise more money,’ Bogdan says. Disappointment can be heard in his voice: the project could have been larger and more widely known. ‘Because of the pandemic, the donations slowed down, and once we paid the commission, we hardly had enough money to buy paint, brushes, and rollers.’

However, he continues, ‘I can assure you that it was a super exciting adventure! On June 18, we are presenting the project to our instructors over Zoom. Over these six months, each of us has gained valuable experience which we will be able to use in our future careers for larger projects.’

Story and photos by: Julia Guseva